For full functionality of this site it is necessary to enable JavaScript.

In recent years, it has become clear that what constitutes a healthy or unhealthy diet depends on the individual, giving rise to the concept of personalized nutrition. This approach uses information on individual characteristics to develop a targeted nutritional strategy, meaning that the diet is determined as a function of an individual’s biological status and lifestyle.

The goal of personalised nutrition is to preserve or increase health using genetic, phenotypic, medical, nutritional, or other relevant information about an individual to deliver tailored recommendations. The observations supporting personalized nutrition are the following:

Recently, it was shown that blood glucose levels are mainly the product of one’s dietary intake, lifestyle (including physical activity and sleep) and gut microbiota (or gut microflora).

Glucose (a type of sugar) is the first source of energy used by the human body, it is the fuel of our body. Glucose is found in all carbohydrate-rich foods (pasta, cereals, bananas, grapes, candy, chocolate,...). Glucose can also be made by the body. During digestion, the carbohydrates in food are converted into glucoses. Glucose passes through the walls of the intestine and into the circulatory system (into the blood), which generally increases blood sugar levels by a few tenths (e. g. + 0.02). Rising blood glucose levels trigger the release of insulin . This hormone allows glucose to enter the cells by acting as a key. When the cells absorb glucose, blood glucose levels return to normal. Insulin and glucagon (another hormone) help to keep the necessary blood glucose level. It is also important to control blood sugar intake in order to get stable energy throughout the day.

The cells of physically active people respond to glucose differently compared to more sedentary people. Exercise stimulates complex molecular signalling pathways that facilitate glucose transport into the cell, so that the cells of physically active people absorb glucose from food more easily. The duration and timing of sleep duration also influence the metabolic pathway that regulates the glucose absorption.

The microbiome and blood sugar levels 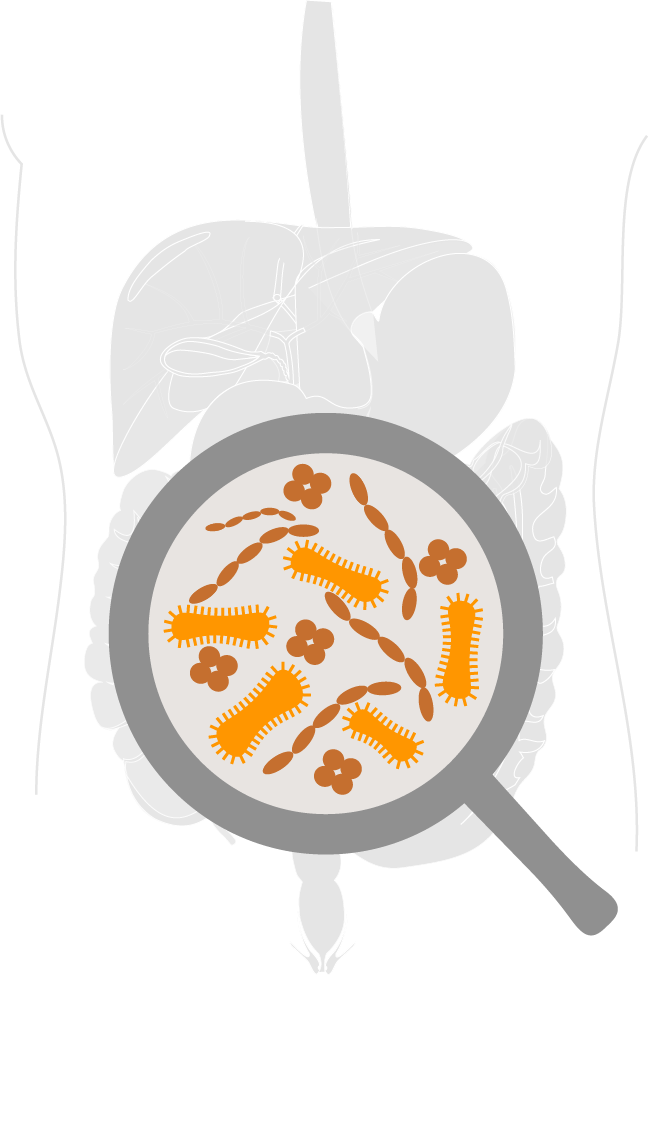 For example, the microbiota contributes to the immune system and helps the body to defend itself from pathogens. The microbiota also has important functions for the neural, endocrine and digestive systems. Unlike the human genome, the microbiome of a person changes over time. In this project, we are interested in the gut microbiome as it plays a crucial role in human nutrition, energy, and metabolism.

The gut microbiota participates in food digestion in various ways, for example, by producing enzymes that the human body itself is not able to produce. These enzymes help to digest certain complex foods. 10-20% of our energy is absorbed with the help of the microbiota. The gut microbiota composition differs between individuals, for example between individuals from different geographical regions, and also between obese and non-obese people. A higher diversity of the microbiota is associated with a improved health status. On the contrary, a low diversity of the gut microbiota is associated with various diseases. By sequencing the microbiota (microbiome) we can identify its composition. To better understand how your diet affects your gut, watch this short video

It remains challenging to provide solid evidence that supports the links between dietary intake, glucose response, and health outcomes. Evaluating the impact of a single dietary change on health is notoriously complex. However, there is consensus among the experts on the following:

If you are interested in finding out more, please visit our partner website FactFood Factfood.org provides scientifically valid information on questions relating to nutrition, along with comments and analyses from trained healthcare providers.

Metabolism and the menstrual cycle

Metabolism and the reproductive system are closely related and reciprocally/mutually regulated. The menstrual cycle is mostly regulated by the hormones of the reproductive system, estrogen, progesterone, prolactin, FSH and LH. These hormones also play a role in regulating metabolism. The metabolism hormones, such as Leptin, Insulin and Ghrelin, also impact the reproductive system. For example, 50% of women suffering from polycystic ovary syndrome (known as PCOS) are overweight or obese. The systems also interact in the other direction, for example obesity reduces fertility in men and women. Some researchers suggest that the blood glucose level rises more in the luteal (postovulatory) phases and others suggest that it rises more at the beginning of the cycle (during menstruation) than in rest of the cycle. In this project, we will have the opportunity to observe whether the glycemic response varies along the menstrual cycle.